With the majority of the defective timberwork replaced, it was time to commence painting the newly repaired sections.  So Ray Kenyon and Colin Frost spent four days each week working on this between very frequent periods of rain, not conducive to paining!

Having removed a metal workbench from against the wall we found another small area in need of replacement and also a step in the staircase needed to be cut out and replaced.  At least these jobs could be completed when it was too wet to paint.  The timber for the step was neatly cut by Willie Dodds in the carriage shed on the big saw and a spare step is now stored in the under croft for when it might be needed. 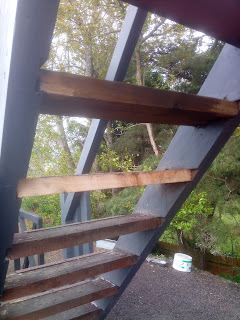 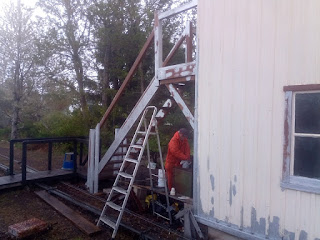 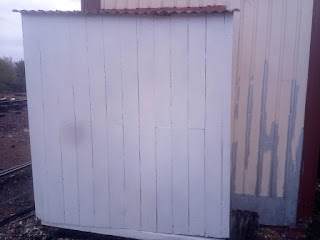 Dave Childs also brought along a quantity of new half-round mouldings, and some of these were fitted, but there will be many more to do later, when the scaffold is up. 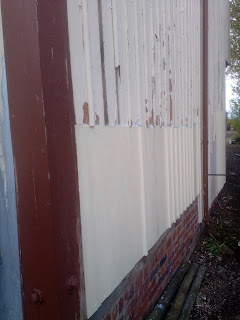 By the tenth day primer and two coats of undercoat had been applied to all the new timber and also to the staircase which is now awaiting the top coat of brown. 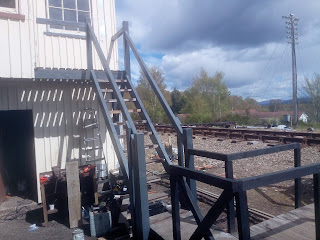 The store shed on the north end of the building was also painted with the final top coats applied. 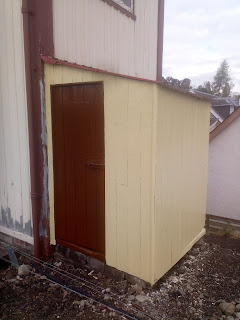 The exterior of the box is generally in a poor state of repair, with a good proportion of the lower half of the external cladding of the building (which consists of tong and groove boards) beyond saving, and with many of the vertical cladding strips also in need of replacement, and all needed to be replaced before any painting is attempted. 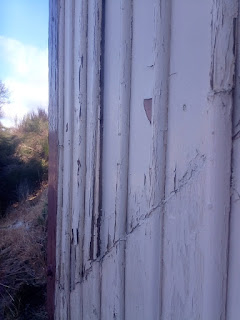 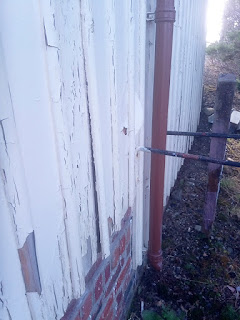 So three of us Jim Hardy, Ray Kenyon and Colin Frost of the Ellon Team commenced cutting out the rotten timber sections, which were mainly on the back wall of the building and with great assistance from Dave Childs, who provided his nail gun and also placed the order for new the half-round mouldings, we fixed replacement timber to these sections. 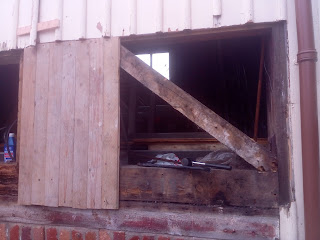 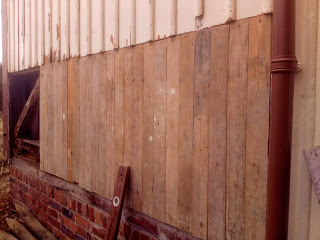 The timbers at the bottom of the stair case were also rotten, to an extent that the left-hand support post at the base of the stairs was in danger of collapsing entirely.  A new post was fitted and further vertical strengthening added. 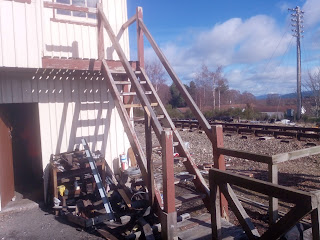 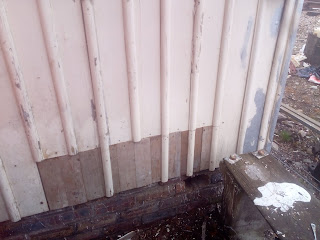 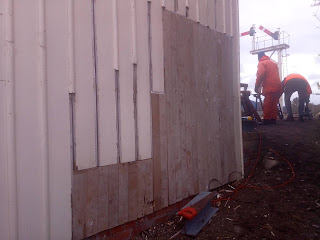 The store shed on the north end of the building was also in need of the same attention with the floor also beginning to collapse. 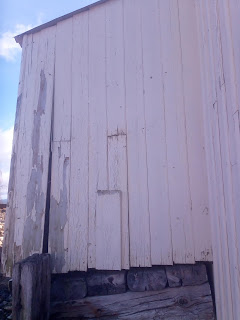 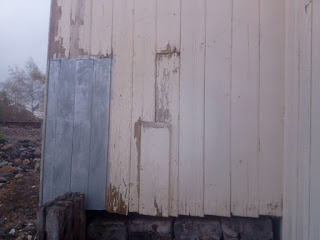