Thanks needs to be given to Colin Frost and Ray Kenton. Answering the call for help with painting the inside of the signal box. This in it’s self is a large job and when you see the photos at the end of the blog I hope you agree with we, that it looks exultant. The work was carried out over two mid week sessions. Between the 8th and 10th and the 14th to 17th of September. All current government guidelines, regarding this type of work and social distancing was followed. 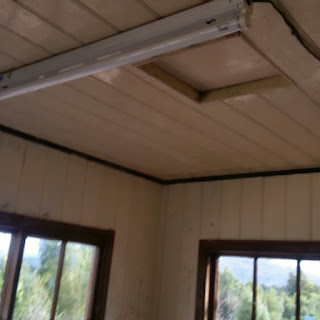 The original appearance inside the south end. 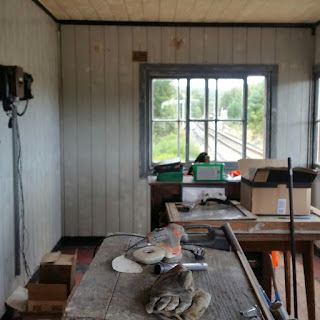 The original appearance of the north end after sanding. 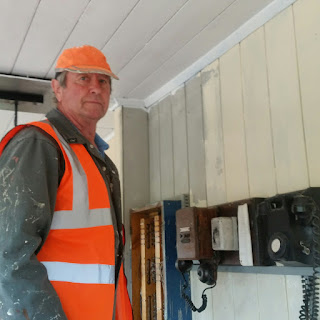 Ray covering the final piece of grey wall colour in the north end. 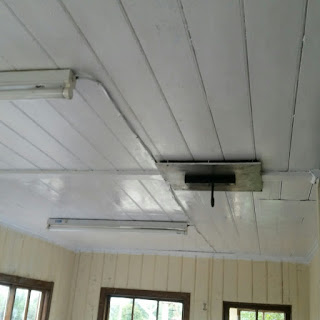 The ceiling in undercoat after a panel had been placed over the original stove flue pipe hole in the ceiling on the right hand side. Have a look at the hook in the middle of the roof! This is were the old oil lantern use to hand in the signal box to provide light. There was a stove for heat as well right up to the end of BR days. Only when the Strathspey Railway took over ownership was electricity installed in both the North and South cabins. The current lighting in the cabin will be replaced for something more traditional in the future. 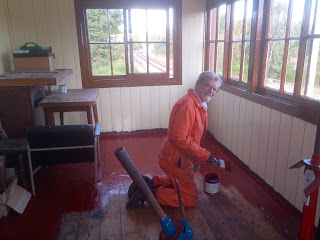 Windows are complete in top coat, so Colin is painting the floor to complete the repainting of the box. 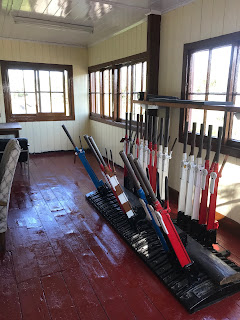 Job complete. Just skirting board to be fitted to the north end. 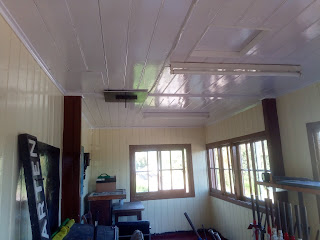 The final appearance of the completed north end
Posted by S&T at 19:44