Signal works, inside and out.

Since the last blog, the time has been spent running string lines and well have a look and a read and you will see. 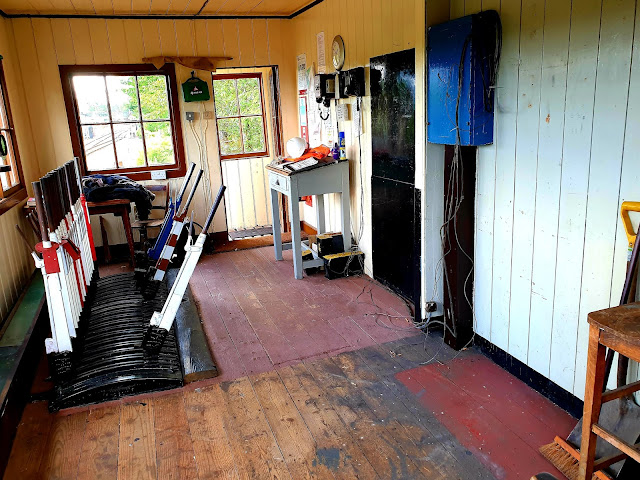 So this how the box was looking after it’s tidying up session. All the equipment squeezed into the Highland Railway half of the box. Part of the “big” plan for the signal box is to try and return it to how it looked at the end of it’s BR days before the Strathspey Railway took over it. 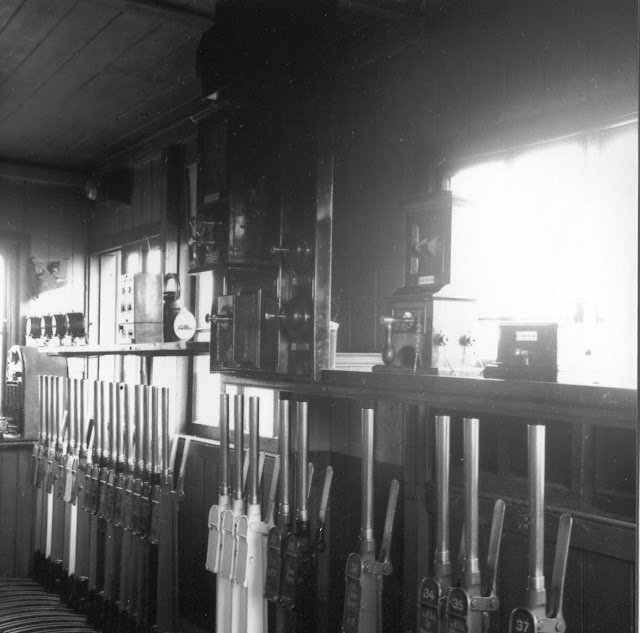 This is a lovely picture of Boat of Garten North signal box. It is thought to have been taken in 1957. You can see how the block shelf is in two parts. The lower half is over the original Highland Railway half of the signal box before it got extended, with the coming of the GNoS line from Nethy Bridge. 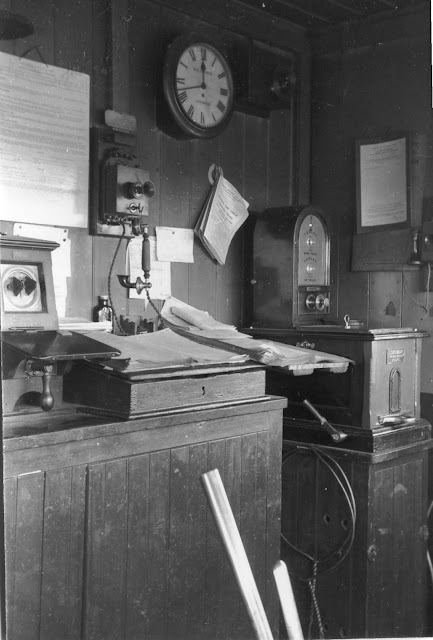 This second picture, also thought to have been taken in 1957. Shows the writing desk in the GNoS end of the signal box with the rely cabinet below it. You can also see the two phones on the wall. I think there will have been a third phone somewhere in the signal box, but unfortunately you can not see it.

To try and recreate the box close to how it was, in what we think was 1957 the phones have been moved from the south end of the signal box to the north end. The current writing desk has been moved as well but it is intended to find a relay cabinet and for the writing desk to sit on top of it. There is also thoughts of putting in a key token machine. At this time purely for achieving the look of the old box. Although in the future when we do get to Grantown on Spey. There will be a need for a key token machine.

Unfortunately not the best of pictures but you can see how the box looks with the telecoms equipment being moved.

Moving outside, more work has been done on the wire runs for the signals. String lines have been run out, stakes put in the ground and pulleys attached. From the signal box to the bridge and over the other side.

Number 4, the shunt signal for going into the sidings has been mounted, pedestal wheel screwed down and chain put on. Number 16 signal, the section starter has now got its wire crank mounted. 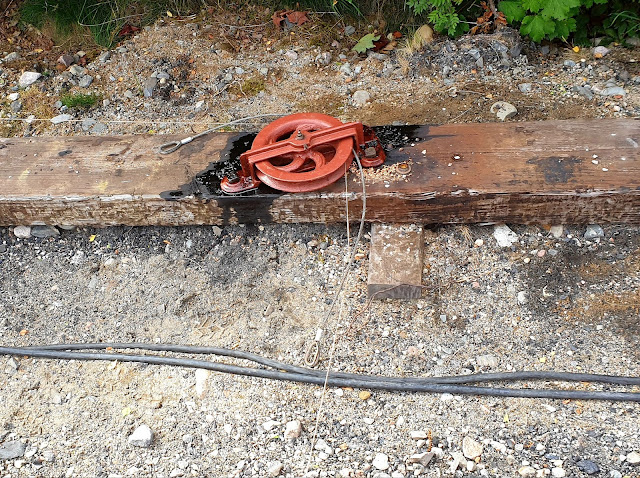 This is the flat wheel in the down cess, with it’s wire rope in place waiting for the wire to be connected. You can see the string line that has been used to get the wheel in the correct position. 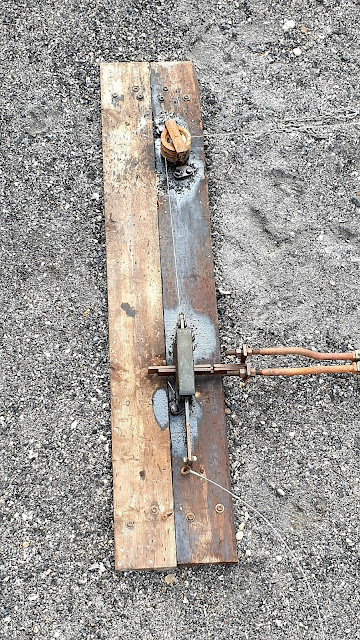 This picture shows you, all the work that has gone in at the “B” end. Giving you a clear view of all that has been done.

This is a look at the wire run north of the bridge. Still some work to do but it’s all a work in progress and not the finished job.
Posted by S&T at 14:25